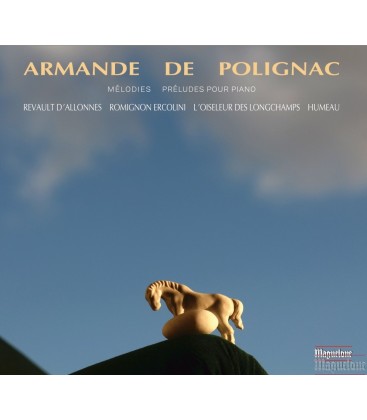 issue the 24th of septembre in shop

Armande spoke about her professionalism, she who had to fight, as a journalist had noted, against two prejudices, "one of sex, the other of caste":

I never entertain, I never go out into society, unless called upon to do so professionally, because I am not a socialite who composes in her spare time for fun. I am a woman who learned a profession, after completing the required apprenticeship. Obviously, to have learnt this trade rather than another, I had to have had some aptitude. I think I knew how to write notes before I could write letters.... Then, when my teachers had nothing more to teach me technically, I took off on my own. It is just that a profession like this one calls for more than just inspiration. It’s no great deal to have an idea and write it down, but there’s the whole job of orchestration which is often rather thankless and always difficult. That’s why I work every day and all day.” Her first melodies came out in 1898; her first string quartet was performed in public in 1899, and the Ouverture de Lear for orchestra was first performed in 1902 in Montreux. Such are the beginnings of a musical career that would continue until the ‘thirties and consist of over a hundred and fifty works, embracing all musical genres.

André Germain said of her: "Her vocation was to live in the forest where Mélisande perceives all the disturbing or magical noises and transforms them into melodies". And the critic Louis Laloy celebrated in her "the art of dreams, where the inexpressible is realized".