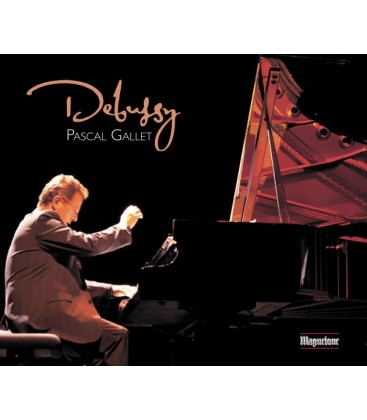 Presentation by Marie-Rose Carlier on texts by Marguerite Long

Available on 27th septembre on Maguelone.com

“Listen to no one's advice except that of the wind that can recount the whole history of mankind...”

This is how Debussy warned his cadets against the constraint his masters imposed on him during his years of training at the Conservatory (of music) in Paris. Music theory: Lavignac, piano: Marmontel, composition (musical writing): Durand, musical accompaniment: Basile.

Debussy’s evolution was inspired by the model set by the « older masters » such as Bach, Haendel, Rameau, who obediently followed the recommendations Froberger made in 1650 regarding the structuring of a Suite. His (Debussy’s) Suite « For the Piano» built, as in the past, as a sequel of a Prelude, a Sarabande and a Toccata, confirms this.

In 1907, Debussy’s quest for simplicity led him to a project or outline of preludes; the prelude was used to set fingers before executing a meticulous fugue. He had nailed it! With the prelude, Debussy found the structure of refuge that would enable him to meet his aspiration: « Seek discipline and find your liberty » became one of his mottos amongst others: « one must forget that the piano has hammers », « pleasure is the law » and, « let it (the piano) speak!»

Debussy’s choice of preludes, though undoubtedly first inspired by J.S Bach, was mostly influenced by Chopin whose piano works he edited at Durand’s. Did he perceive his preludes as the ultimate creation?

Whatever the case, 12 preludes of an unexpected kind were edited by Durand in 1910. In the same way a fable ends with a moral, and thanks to three full stops, Debussy shyly ended each piece of music with a title, as a possible echo or a suggestion!

How did Debussy put together his preludes?

Gabriel Pierné, his exact contemporary, tells us: « he would literally jump at the keyboard and get all the possible effects out of it…he would sometimes come up with the surprising effects of delicate softness. »

The preludes were first performed, though only partially, by Debussy himself in 1910 at the « Société Nationale » (the old Salle Pleyel). He played the Preludes I, II and XI. The Preludes III, IV, VI and XII were presented later in March 1912, and the remaining was ultimately entrusted to Ricardo Vines and Franz Liebich.

What impact did they have? André Suares tells us in writing that, according to him, the « The Engulfed Cathedral » turned out to be « one of the most beautiful works of music since Beethoven’s Three Piano Sonatas. »

A friend of Debussy, as well as of Fauré and Ravel, world renowned Marguerite Long, taught us all about Debussy from 1906 to 1966, notably leaving us with an opuscule interspersed with precious anecdotes and entitled  « At the Piano with Debussy ». She and her friend Jacques Thibaut also established the famous International Competition named after them and dedicated to detecting the future great talents of the 20th century.

In the form of a humble prelude destined by Debussy to be enjoyed « entre quatre-z-yeux » (face to face), lies, after all, a macrocosm encompassing:

The world of Ancient Greece: Prelude I

Mallarmé’s world of poetry as discovered on « Tuesdays at rue de Rome » IV.

The Ocean’s worrying immensity according to the wind VII

A symbolical young girl who became an icon VIII.

Artistic creation: «The most annoying thing is to have to reinvent oneself all over again » IX

The legendary mystery of a Cathedral Drowned in deep waters

Mockery provoked and supported by the success of music-halls XII

The latter reminds us of Falstaff’s libretto’s, Arrigo Boito’s, words of advice to Verdi on the 9th of July, 1889: « There’s only one way to end your career victoriously, after having sounded all the shrieks and groans of the human heart, to finish with a mighty burst of laughter! » Tutto nel mundo é burla!

All things of this world end in a joke!